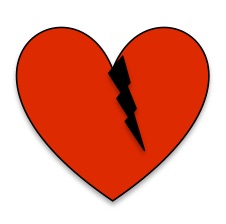 Really – A man died a week ago in Minneapolis.

Actually, that’s not the whole truth.

A man died in Minneapolis a week ago at the hands of other men and his name was George. George had a family and a community and a life. George was a man, one, irreplaceable, beautiful, flawed, imperfect, wholly holy human being. The breath was squeezed out of him because other men who carried guns and badges suspected he might – might – have used a $20 bill that was counterfeit to buy a sandwich.

The real counterfeit is that excuse.

Without trying I can recall the names of ten people of color who did not survive encounters with police that are supposed to be routine and nonviolent, including a twelve year old boy playing with a toy. And that’s just the surface of my far-too-faulty memory. The list is heart-breakingly, horrifyingly long. I hear those names and I hear the empty echo of lives cut short and I see the faces of my students, my colleagues, my friends.

We have to do better than this.

The truth is that some of us do. I am grateful for that. There are many police officers who hold the words ‘protect and serve’ in their hearts and they show up for it and show it everyday. However small the number of those who do not, and who use a badge and a gun as an excuse to meet difference with violence, their number is far too many because it tears families, and communities, and countries apart. Time and time again.

Thinking about what was done to George Floyd tears me in half. I don’t know how we move forward from something like this, though I’m pretty sure the real solution doesn’t  involve flaming dumpsters and tear gas. The closest thing to a solution I’ve seen was a Genessee county sheriff* who took off his tactical gear and faced a line of peaceful protesters as a man and asked, “What do you want us to do?” And someone said “Walk with us.” And so he did. They all did.

My friends, let us walk.

Readers, this evening people in cities all over the world are bearing witness to the horrific toll of systemic racism in positions of power. Most are peaceful, even if angry and hurt and fearful. Let’s pass on the message, not the madness. Be well and safe.

*This is one news story: https://www.freep.com/story/news/local/michigan/2020/05/31/genesee-county-sheriff-christopher-swanson-george-floyd-protesters/5299589002/

2 thoughts on “A long walk”