Perhaps, like me, you were struck speechless by the disturbing events in Charlottesville last weekend. A graceful college campus was defiled by racist posturing and violence, and we all mourn the death of a woman simply standing on a sidewalk in peaceful opposition to hate. Heather Heyer, now of blessed memory. Speak her name. The person who killed her will not be remembered on these pages.

I have no idea what goes through the mind of a person that brings them to hate so much that they believe entire sectors of humanity should lose their rights and their lives for having a different color skin, or a different name for their God. (Like – seriously, dudes – WTF? That’s nuts.) 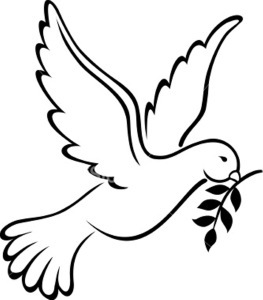 A truly loving person would be concerned about these misguided souls and wonder how to bring them back to the fold. That’s not me. I don’t wish ill upon persons. But I don’t want those persons near me or those I love. My great grandfather was a shop owner and a rabbi. He and his family came to Denver in the early 1900s, where they raised their children. He and my great grandmother died before I was born; I was named for her. My only relics are a couple grainy old photos, including one of him in his vestments, with a long beard. I remember the pure electric jolt of standing on a staircase in the Holocaust Museum, staring at a wall of pictures, seeing one of a rabbi so similar it could have been his twin. People like me died because other people wanted to exterminate those who worshipped differently. The viciousness of that still stuns me. Seeing it resurrected on a college campus and in public discourse is beyond disgusting.

I don’t know that there is an answer for it, other than acting in gentle opposition where possible, and fierce opposition where necessary. Stand up. Speak out. Work together. I have seen some very clever responses: there is a town in Germany where residents use a yearly march commemorating a Nazi leader as fundraiser for fighting nazi-ism. They track how far the goose-steppers march and donate per step. They even put out tables of bananas and mark it on the sidewalks so the marchers see how much they’re raising for their own opposition. And they announce it on the sidelines of the march “Hurray! You’ve raised this many euros for peace!” That’s some good kinda driving the a**hats bat-sh*t crazy.

We could use more good like that. Wishing you well and safe and free.

Link to a story about the German towns: ThinkProgress article

Stay tuned for more on the Here’s a Quarter blog next week! As always, your thoughts and comments are welcome – they are moderated (I know – adulting again), so they may take a little while to appear, but I read them all and appreciate that you were here. Thank you!